Let us help you tailor your charitable gift to your financial, tax or estate planning objectives

You are at: Planned Giving > For Advisors > Washington News 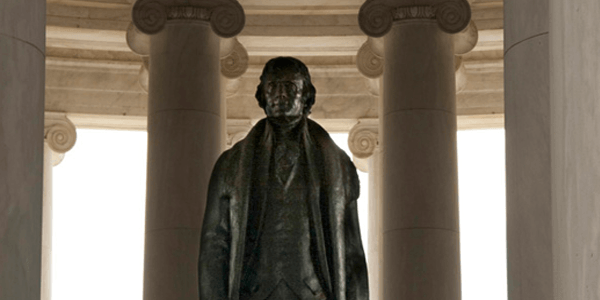 As teachers and students prepare to return to school this fall, the Internal Revenue Service reminded educators of the increased expense deduction available in 2022. In IR-2022-148, the IRS noted, "As the new school year begins, the Internal Revenue Service reminds teachers and other educators that they will be able to deduct up to $300 of out-of-pocket classroom expenses for 2022 when they file their federal income tax return next year."

The educator expense deduction had been $250 for tax years from 2002 through 2021. However, it is now going to increase in $50 increments based on inflation. As a result, an educator in 2022 may deduct up to $300 of qualifying expenses. If two educators are married, the potential joint return deduction is up to $600. The educator deduction is available for kindergarten through grade 12 teachers, counselors, principals or school aides who work at least 900 hours during the school year.

The $300 deduction may include books, supplies and classroom materials. Equipment such as computers and software or COVID–19 protective items are also deductible.

In some cases, a teacher may apply the $300 deduction towards a professional development course. However, the IRS notes that other educational tax benefits, such as the Lifetime Learning Credit, may provide greater benefit to the teacher.

There are some items that are not permitted as deductions. The cost of home schooling and nonathletic supplies for courses in health or physical education are not deductible. The IRS reminds educators to keep good records. The deduction should be supported by a receipt, canceled check or other documentation.

The revenue raising provisions include a new corporate minimum tax, the Superfund Tax, a tax on stock buy–backs and increased IRS funding to raise revenue through enhanced compliance.
The second major tax section of the bill is designed to enhance energy security.
While not a specific tax provision, the other significant part of the agreement between Senator Manchin and Majority Leader Schumer is there will be a comprehensive reform of the permitting laws. Senator Manchin received an assurance this will be passed by the end of 2022.

Editor's Note: The potential permitting bill could have major impact on the nation and the environment. The IRA envisions many new developments that are designed to improve the energy efficiency of the nation. The U.S. is far behind Canada, Australia, and many European nations in streamlining the development and permit process. New permitting legislation would enhance the ability of developers to construct energy-efficient facilities. Your editor does not take a position on the provisions of IRA. This information is offered as a service to our readers.


In Daphne Jeanette Rost v. United States; No. 21-51064 (5th Cir. 2022), the Fifth Circuit upheld a District Court grant of summary judgment. The taxpayer had created a foreign trust and was subject to penalties for non-reporting.

John Rebold was an engineer who worked overseas in the oil and gas industry. In 2005, Rebold created the Enelre Foundation as a Stiftung under the laws of Liechtenstein. The Liechtenstein laws considered the entity a "foundation," but Rebold was the primary beneficiary and his children were the secondary beneficiaries. The Stiftung document prohibited "commercial trade" and was subject to filings in Liechtenstein. Rebold opened bank accounts in Switzerland and transferred approximately $3 million into the trust.

In 2010, UBS notified Rebold that the IRS had requested records from U.S. individuals who held funds in Switzerland. After reviewing the situation with counsel, Rebold was advised to participate in a voluntary disclosure program to limit penalties. In 2013, his daughter, Daphne Jeanette Rost, who held power of attorney, filed IRS Form 3520 and reported that in 2007 he held $3,116,898 in the trust.

A trust is defined as an entity in which "trustees take title to property for the purpose of protecting or conserving it for the beneficiaries." The trust determination is based on the documents and the facts of each case. The court noted that Rebold and other trust grantors were "not at liberty to say that their purpose was other or narrower than that which they formally set forth in the instrument under which their activities were conducted."

The Rebold Stiftung clearly qualified as a trust. There was a familial purpose, no business objective and a ban on commercial activity. Therefore, the document terms classified it as a trust.

The second issue is whether a Stiftung in Lichtenstein is a domestic trust or a foreign trust. However, this trust was subject to the provisions of the Lichtenstein law. Rost showed no evidence that the trust constituted a domestic trust. Rost claimed that it could be considered a corporation, but did not support that claim with evidence.


The IRS has announced the Applicable Federal Rate (AFR) for August of 2022. The AFR under Section 7520 for the month of August is 3.8%. The rates for July of 3.6% or June of 3.6% also may be used. The highest AFR is beneficial for charitable deductions of remainder interests. The lowest AFR is best for lead trusts and life estate reserved agreements. With a gift annuity, if the annuitant desires greater tax-free payments the lowest AFR is preferable. During 2022, pooled income funds in existence less than three tax years must use a 1.6% deemed rate of return.

Avoiding Scammers Who Claim They Are IRS Agents

Should The Charitable Mileage Rate Be Increased?

LET US HELP YOU WITH YOU GIFT PLANS